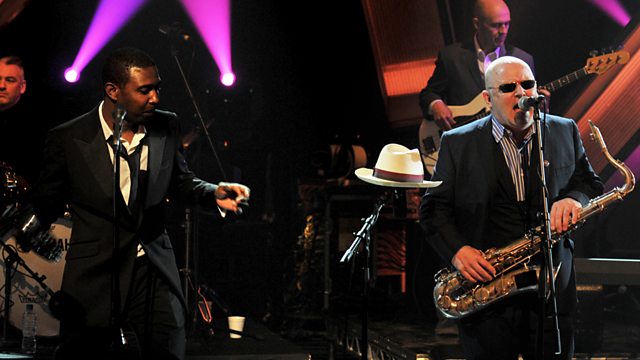 Jools welcomes back singer-songwriter John Grant, whose recently released second album Pale Green Ghosts uses old school 80s synths, a backdrop for Grant's melodic songs that address his own failings and those of a disappointing lover to acclaimed effect.

Also on the show are Later veterans Stereophonics, with numbers from their recent Graffiti On The Train Set, their first album in nearly four years. Minnesota veteran indie oufit Low return with hushed, impassioned harmonies from partners Alan Sparhawk and Mimi Parker driving their tenth studio album in 20 years, The Invisible Way.

Stir in punk-jazz and funk from Melt Yourself Down, who recall the funk and fury of such jazz punkers of the early 80s as Rip, Rig & Panic and Pigbag, and top with vintage Arabic vocal stylings meet contemporary French production with Yasmine Hamdan performing songs from her album Ya Nass.

Singer, songwriter, author and broadcaster Cerys Matthews is also in the studio to chat to Jools about her forthcoming family sing-along book Hook, Line and Singer.