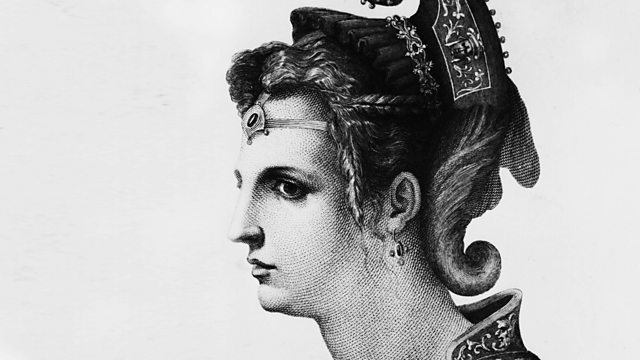 Melvyn Bragg and his guests discuss Queen Zenobia, Empress of the Palmyrene Empire and leader of a rebellion against Ancient Rome.

Melvyn Bragg and his guests discuss Queen Zenobia, a famous military leader of the ancient world. Born in around 240 AD, Zenobia was Empress of the Palmyrene Empire in the Middle East. A highly educated, intelligent and militarily accomplished leader, she claimed descent from Dido and Cleopatra and spoke many languages, including Egyptian. Zenobia led a rebellion against the Roman Empire and conquered Egypt before being finally defeated by the Emperor Aurelian. Her story captured the imagination of many Renaissance writers, and has become the subject of numerous operas, poems and plays.

Kate Cooper
Professor of Ancient History at the University of Manchester

Richard Stoneman
Honorary Visiting Professor in the Department of Classics and Ancient History at the University of Exeter.

Edith Hall at the University of London

Kate Cooper at the University of Manchester

Richard Stoneman at the University of Exeter