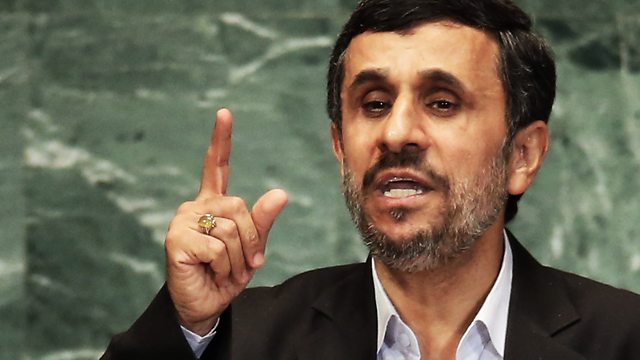 Rob Broomby reports on growing concern about Iran's nuclear intentions, as it continues to defy the UN and nuclear watchdog the IAEA. Is Iran playing for time to develop a bomb?

There's mounting concern over the Iranian nuclear programme. Is Tehran is simply playing cat and mouse with the international community and buying time until it is ready to develop a nuclear weapon? Evidence is emerging that Iran is co-operating with North Korea, a country which has already developed its own weapon.

The latest report from the UN's international watchdog, the IAEA, is due out next month - but has the IAEA been strong enough in its dealings with Tehran and Pyongyang?

Reporter Rob Broomby charts the history of concealment of Iran's nuclear activities and its refusal to abandon the most controversial parts of its programme, despite numerous UN Security Council resolutions and a raft of sanctions. In a detailed interview with File on 4, Iran's ambassador dealing with nuclear matters, Ali Ashgar Soltanieh, denies his country is a "serial offender". But can protestations of innocence be taken seriously when Iran still refuses inspectors access to key sites and documents?

The programme also examines the role of the IAEA in dealing with Iran and hears from former nuclear inspectors, ex-Whitehouse officials, diplomats and experts. Is the Agency up to the job of preventing states from acquiring the bomb?
Producer: Ian Muir-Cochrane.

Iran continues to defy the UN Security Council and the IAEA - the nuclear watchdog. On the eve of its latest report concern is growing. Is Iran playing for time to develop a bomb?