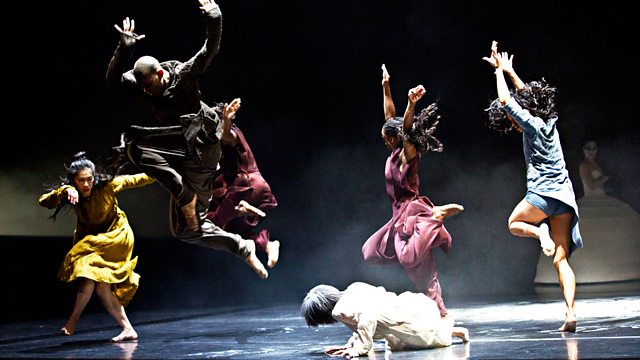 Presented by Anne McElvoy. With a new ballet inspired by Stravinsky's The Rite of Spring, environmentalist George Monbiot on 'rewilding' Britain and the new Mary Rose museum.

In the week that Stravinsky's The Rite of Spring celebrates its centenary, British choreographer Akram Khan presents a new work which takes inspiration from the hugely influential ballet. iTMOi or In the Mind of Igor, takes Stravinsky's theme of sacrifice and adds new choreography and music from Nitin Sawhney, Jocelyn Pook and Ben Frost. Debra Craine delivers her verdict.

Environmentalist George Monbiot's new book Feral argues the case for a "rewilding" of Britain, and a radically different kind of conservation which lets Nature run wild. He also calls for a reintroduction of beavers, bison and boar to this country and also, controversially, wolves. Dame Fiona Reynolds, was Director of the National Trust and has a totally different approach.

Naomi Paxton and Fern Riddell discuss the Actresses' Franchise League and the plays they wrote to support the cause of Women's Suffrage.

Feral: Searching for enchantment on the frontiers of rewilding written by George Monbiot is published by Penguin.

Suffragettes on Stage is at the National Theatre, London on Tuesday 25 June 2013.

The Methuen Drama Book of Suffrage Plays, edited by Naomi Paxton is out now.

iTMOi created by Akram Khan is on at the Sadlers Wells, London until Saturday 1 June 2013.

The new Mary Rose Museum, Portsmouth will be open to the public from Friday 31 May 2013.