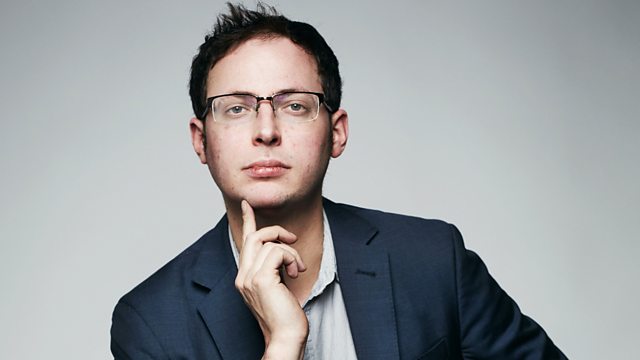 Presented by Philip Dodd. Including a review of David Mamet's play Race, statistician Nate Silver, a British Museum collection of prints by RB Kitaj and a debate on philanthropy.

Nate Silver is the star statistician who accurately predicted the results of every state in the 2012 US election. He tells Philip why every child should study statistics and whether careful data analysis could have predicted the attack on the World Trade Center in New York in 2011.

The gap between the very wealthy and the poorest is ever widening whilst private donations to charities and good causes are shrinking. A new book calls for a societal change in our attitude to philanthropy. Philip and guests discuss the moral implications of giving and being grateful.

As part of the Recent Acquisitions exhibition Kitaj prints will be on display at the British Museum, London until 1st September.

Red Dancer of Moscow, by R.B. Kitaj, 1975, screenprint, photo-screenprint. © The Trustees of the British Museum.

Race by David Mamet is on at the Hampstead Theatre, London until 29th June.

Giving Is Good For You: Why Britain should be bothered and give more by John Nickson is published by Biteback Publishing from 6th June.

The Signal and the Noise: Why So Many Predictions Fail — but Some Don't by Nate Silver is published by Penguin.