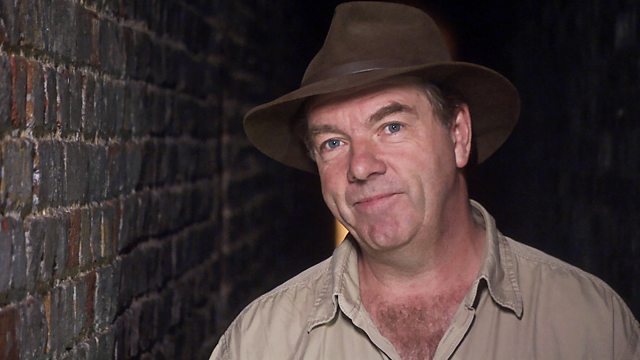 Historian Peter Barton and a team of archaeologists examine a labyrinth beneath the Somme battlefield constructed largely by British troops to undermine the nearby German lines.

Beneath the Somme battlefield lies one of the great secrets of the First World War, a recently-discovered network of deep tunnels thought to extend over several kilometres. This lost underground battlefield, centred on the small French village of La Boisselle in Picardy, was constructed largely by British troops between 1914 and 1916. Over 120 men died here in ongoing attempts to undermine the nearby German lines and these galleries still serve as a tomb for many of those men.

This documentary follows historian Peter Barton and a team of archaeologists as they become the first people in nearly a hundred years to enter this hidden, and still dangerous, labyrinth.

Military mines were the original weapons of shock and awe - with nowhere to hide from a mine explosion, these huge explosive charges could destroy a heavily-fortified trench in an instant. In order to get under the German lines to plant their mines, British tunnellers had to play a terrifying game of subterranean cat and mouse - constantly listening out for enemy digging and trying to intercept the German tunnels without being detected. To lose this game probably meant death.

As well uncovering the grim reality of this strange underground war, Peter discovers the story of the men who served here, including the tunnelling companies' special military units made up of ordinary civillian sewer workers and miners. He reveals their top secret mission that launched the Battle of the Somme's first day and discovers why British high command failed to capitalise on a crucial tactical advantage they had been given by the tunnellers.

See all clips from The Somme: Secret Tunnel Wars (3)