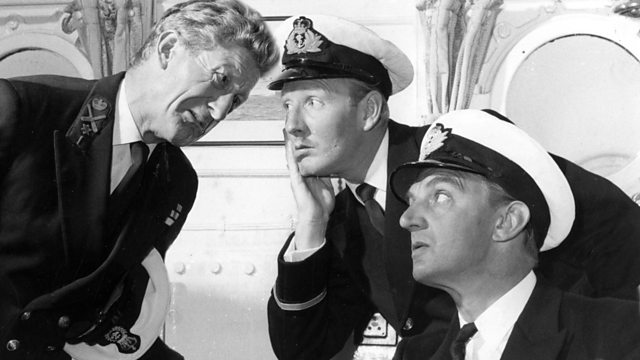 The crew of Troutbridge see stars at a fundraiser for seamen who are down on their luck. Stars Jon Perwtee. From October 1966.

Stars Leslie Phillips as the Sub-Lieutenant, Jon Pertwee as the Chief Petty Officer, Stephen Murray as the Number One, Richard Caldicot as Captain Povey, Heather Chasen as Mrs Povey, Ronnie Barker as Lieutenant Bird, Tenniel Evans as Sir Willoughby Todhunter-Brown and Michael Bates as the Padre.

Laughs afloat aboard British Royal Navy frigate HMS Troutbridge. The Navy Lark ran for an impressive thirteen series between 1959 and 1976.

First broadcast on the BBC Light Programme in October 1966.