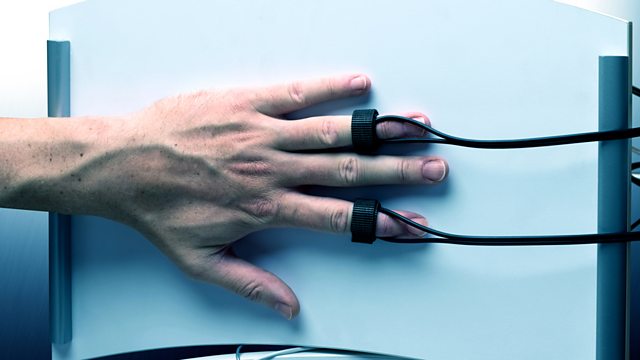 The Truth and Nothing but the Truth

Dr Geoff Bunn reveals the history of lie detection, starring Dick Tracy and Wonder Woman. Today they are replaced by colourful images from brain scans, but are we nearer the truth?

Dr Geoff Bunn discovers that Dick Tracy and Wonder Woman both have starring roles in the history of lie detection. The culture of the comic book influenced the cultural perception of science then, and now colourful brain images from fMRI scans direct the public's view of what science can achieve. But does seeing parts of the brain light up when a subject lies provide any more concrete proof of what is true and what is not than did measuring heart and sweat rate in the traditional polygraph?

Dr Geoff Bunn investigates the latest lie detecting technology with the help of Steven Rose, Emeritus Professor of Neuroscience at the Open University and Geraint Rees, Director of the UCL Institute of Cognitive Neuroscience. He discovers that the early history of the lie detector features a psychologist, William Marston, who went on to create the comic book character Wonder Woman, and an amateur magician, Leonarde Keeler, who was an inspiration for the comic strip hero, Dick Tracy.
He explores the history of the American obsession with lie detection, aided by Ken Alder, Professor of History at North Western University and Garyn Roberts, biographer of Chester Gould, who created Dick Tracy. He investigates Wonder Woman at the Travelling Man comic book shop in Manchester with the help of Dr Joan Ormrod, co-editor of the Journal of Graphic Novels and Comics. And he hears from Bruce Burgess, founder of Polygraphs UK, who uses his company's services.