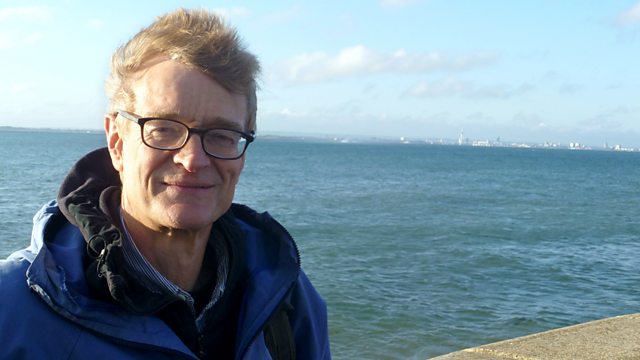 The Coast team head offshore to explore surprising stories of love and death, cannibalism and communist submarines, seasickness and a seafaring prince.

The Coast team head offshore to explore surprising stories of love and death, communist submarines, seasickness and a seafaring prince.

Nick Crane attempts one of the world's most fearsome yachting challenges, the Isle of Wight 'Round the Island Race'. Novice sailor Nick is plunged in at the deep end of the competition and his boat suffers near capsize - will he manage to finish, as 1,500 boats battle to avoid wrecks, reefs and rip tides? To complete his circumnavigation of the isle, Nick must learn how a sailing boat can make progress against the oncoming wind.

Nick also learns how sailing on the Isle of Wight gained the royal seal of approval when Queen Victoria said it was impossible to imagine a prettier spot. After the queen built Osborne House as a summer retreat, her son the Prince of Wales became commodore of the Royal Yacht Squadron at the island's sailing capital, Cowes.

In Milford Haven, Ruth Goodman celebrates unsung heroes who arrived from distant shores. When Hitler invaded the Netherlands in 1940, Dutch fishermen escaped in their boats, crossing the North Sea to help defend Britain. How did the Dutch seamen adapt their fishing skills to clear German mines laid in the seas around British ports? Minesweeping was a deadly job, the fishermen had to learn fast or die trying, but they also made happier catches. Ruth explores the romantic entanglements which, against a backdrop of danger, led to many marriages between Dutch men and Welsh women.

Naval historian Nick Hewitt searches out the remains of the submarines that threatened to sink Britain by strangling its sea trade. Why does a First World War German U-boat, its hull intact, lie hidden in the mud of the Medway estuary, so close to London? And what is the story behind the Soviet sub which Nick discovers nearby? Its hull reveals what life was like for Russian submariners, preparing for the day when Britain's Cold War would turn hot.

And one hardy bunch of sea-anglers from Zimbabwe chance their hand with rod and line in the rolling seas off the coast of Yorkshire. As they battle sea-sickness on their annual day-trip from Whitby, they find themselves, once again, all at sea.

Invaders of the Isles 2—Series 8 Reversions