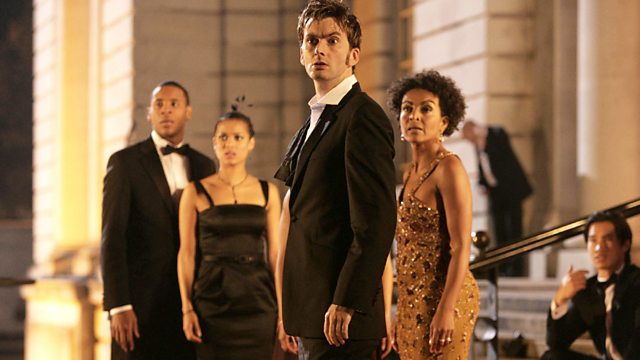 Anne McElvoy discusses the political legacy of Edmund Burke. He's been called the father of modern conservatism, and his latest biographer, Jesse Norman, would not disagree.

Tonight on Night Waves, Anne McElvoy discusses the political legacy of Edmund Burke. He's been called the father of modern conservatism, and his latest biographer, Conservative MP Jesse Norman, would not disagree. But he's keen to point out differences between Burke's more communitarian conservatism and the liberal individualism espoused by some people who describe themselves as conservatives today. Jesse Norman joins Anne.

Staying with politics, how do politicians communicate with us in the modern, social media age? And how do you distinguish between getting a message across, and manipulation? Anne discusses a new exhibition on propaganda and power at the British Library with Eliane Glaser, author of Get Real: How To Tell It Like It Is In A World Of Illusion and Matthew McGregor, Political Director of Blue State Digital who was involved in the 2012 Obama election campaign.

And, from immersive theatre to long-running TV series where even the writers don't know what's going to happen to the characters next week, modern actors need to draw on skills very different from traditional stagecraft. Anne discusses the future of acting with Sean Holmes, artistic director of the Lyric Theatre, Hammersmith, the actor Adjoa Andoh and Geoff Colman, Head of Acting at Central School of Speech and Drama.

Lee Smolin, Mafia, Not I, Inconceivable

Propaganda: Power and Persuasion is on at the British Library, London from Friday 17 May until Tuesday 17 September 2013.

Get Real: How to Tell it Like it is in a World of Illusions written by Elaine Glaser is published by Fourth Estate.