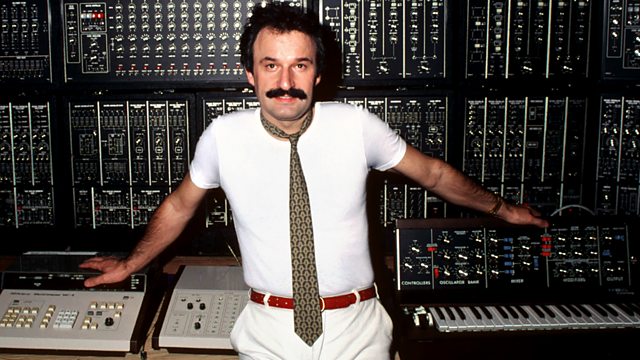 Nile Rodgers presents this special programme on Giorgio Moroder - the man behind the sound of Donna Summer, the producer's producer and the legend many say invented dance music.

Nile Rodgers presents this special programme on Giorgio Moroder, the man behind the sound of Donna Summer, the producers' producer, the legend many say invented dance music.

Nile focus' specifically on his work in music production, his formative years in Italy before he moved to Munich and how he created the team who would become known the world over as the Munich machine. This was at a time when Europe was really emerging as home to Krautrock - the name given to bands such as Kraftwerk, Can, Neu! and Tangerine Dream. Giorgio's sound though didn't fall under the 'Krautrock' umbrella. He was creating music which was fusing European electronica with American R n B. This was soon to be known as disco.

Giorgio enjoyed massive success with Donna Summer, then with the Three Degrees and other artists including Sparks but it was his work in the film world that really sent him interstellar..

In 1978 Alan Parker was directing a film called 'Midnight Express'. He really liked the sound of ' I Feel Love' by Donna Summer and promptly contacted Giorgio to do the soundtrack to the movie. Giorgio duly obliged - the film score went on to pick up an oscar and the rest as they say is history.

Offers came fast and furious and there followed a mouth watering array of projects including American Gigolo, Top Gun, Flashdance, and lesser films such as Electric Dreams and the Neverending Story. Giorgio had conquered tinseltown. It was official.

With fresh interviews with the man himself, Debbie Harry, Irene Cara, New Order's Bernard Sumner, and the Mael brothers from Sparks, among many more, Nile Rodgers celebrates the life and times of Mr Giorgio Moroder.

See all episodes from Electric Dreams: The Giorgio Moroder Story