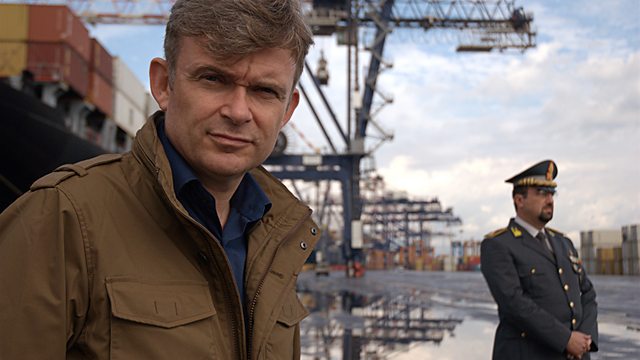 Author and mafia historian John Dickie uncovers the truth about Italy's most powerful mafia, the 'Ndrangheta', believed to be Europe's biggest cocaine traffickers.

Italy's most powerful organised crime group is no longer Sicily's Cosa Nostra but the 'Ndrangheta', a shadowy Mafia from the southern region of Calabria.

With unique access to the extraordinary underground bunkers the gangsters use for hiding out and to the hi-tech war being fought by the Italian authorities against this murderous criminal brotherhood, author and mafia historian John Dickie uncovers the truth about Europe's biggest cocaine traffickers.

This is a world of special forces, spy planes and super grasses, as well as a culture of fear and silence where people simply do not trust the Italian state to defeat the Mafiosi.

South Africa: The Massacre that Changed a Nation

See all clips from The Mafia's Secret Bunkers (4)

The producer on hunting the Mafia in the dead of night

"Thrilled and bewildered, we crawled down, one by one, into the underworld, where millionaire mafiosi choose to hide like rats."