BBC Four
Colin Davis in His Own Words
Main content 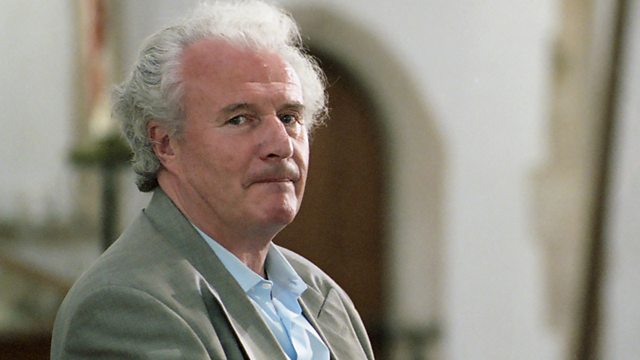 Colin Davis in His Own Words

Portrait of the conductor Sir Colin Davis, who died in April 2013, which reveals a reluctant maestro who became the pre-eminent British conductor of his generation.

Portrait of the conductor Sir Colin Davis, who died in April 2013. Shortly before his final illness, he spoke at length to John Bridcut about his early life; his family; his career as a conductor; his love of music and the art and skills of conducting; his relationships with orchestras. other conductors and with the Royal Opera House; his religion and beliefs; and finally his thoughts on death and dying.

During the interview Sir Colin is asked what music he would like to hear before dying and if he ever sang in a large choir or had singing lessons. At school he played the clarinet and joined a university orchestra. He met veteran conductor Sir Adrian Boult and learned the Alexander Technique which helped him acquire his own style of conducting. He admits that at times his relationships with orchestras were not ideal - his period as Music Director at the Royal Opera House, and in particular with the London Symphony Orchestra (LSO) whom he conducted for many years - they did not like him at the beginning and he made enemies leading to a conscious decision that he would rather be a decent human being rather then an 'idiot' conductor.

He talks briefly about his first failed marriage and subsequent happy second marriage and his children with whom he was able to make music. He spent time in his career conducting amateur choirs and student orchestras. Eventually he was asked to conduct the Last Night of the Proms in 1967 in place of an ailing Sir Malcolm Sargent. He talks about his own special style and technique of conducting - his way of holding the baton and how a conductor should connect with his orchestral musicians - who must listen as well as play. He has helped and coached young conductors in masterclasses, but his time as musical director at the Royal Opera House was not always a happy one. He was even booed by the audience on occasions and his interpretation of Benjamin Britten's opera Peter Grimes did not altogether please the composer himself. Davis describes it as a very violent piece with some wonderful music.

He admits to his love of such composers as Mozart and Berlioz. In particular, he championed Berlioz, performing such works as Les Troyens, L'Enfance du Christ and the Grande Messe des Morts. He conducted many Mozart operas and believed that Mozart's music makes us all feel we are acceptable human beings.

At the close of the interview, Sir Colin is asked if he is a religious man. He replies that he is always deeply moved by great religious music - much of which he has conducted. Does death and dying frighten him? Will there be music after death - or will there just be silence? He cannot truly answer this.

Sir Colin died just over one year later on 14th April 2013, aged 85. This portrait reveals in many ways a reluctant maestro who was to become the pre-eminent British conductor of his generation.

See all clips from Colin Davis in His Own Words (2)