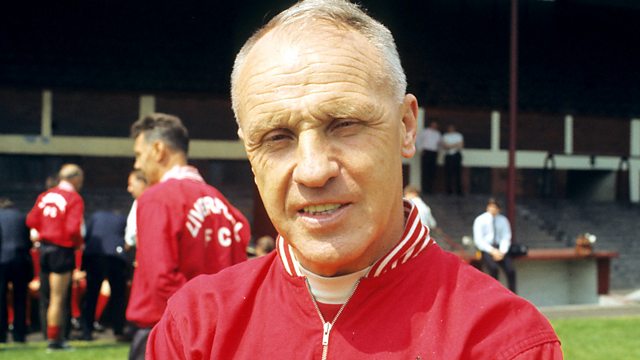 Mumsnet founder Justine Roberts champions the life of the legendary football manager Bill Shankly, who in the 1960s took Liverpool from the second division to become one of the world's greatest sides. Famous for his quip that "football is not a matter of life and death, it's much more important than that", Shankly lived and breathed football; but in his later years he felt that the Liverpool managers had frozen him out of the side he had nurtured, and betrayed him.

Shankly came from humble beginnings. After school he worked down the local coal mine until the pit was closed. He never became rich and lived in a modest semi-detached house where Liverpool fans were always welcome. His life was a far cry from that of today's top managers, but through his canny playing of the transfer market, did he anticipate their methods? Matthew Parris chairs the discussion, with the aid of Shankly biographer Stephen Kelly.