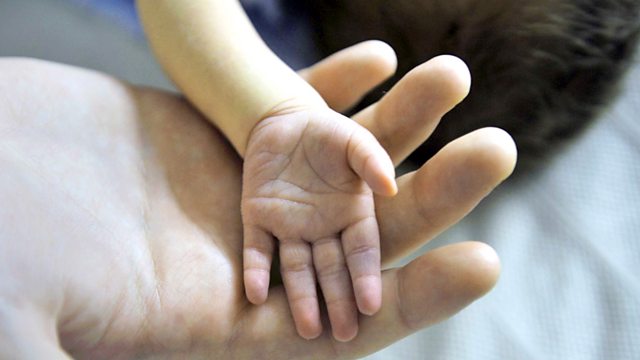 4 Extra Debut. One of the 20th century's most famous psychoanalysts, Winnicott gave some 50 BBC broadcasts about motherhood between 1943-1962.

Seventy years ago the psychoanalyst and parenting expert Donald Winnicott first broadcast his idea of the 'good-enough mother'; the mother who wasn't perfect and was free, to some extent, to fail. From 1943-1962 he gave some 50 BBC broadcasts. Aimed directly at mothers, they had a profound impact on popular ideas about motherhood. Winnicott's pioneering talks came after the rigid, traumatising regime advocated by Frederick Truby-King - babies fed every four hours, left uncuddled in prams outdoors. Anne argues Truby-King is the spiritual father of the much discussed contemporary ideas of Gina Ford, of Supernanny and the naughty step.

By contrast, Winnicott believed that "It is when a mother trusts her judgement that she is at her best." In his work he took the radical step of talking to mothers directly through the radio.

Winnicott explained a baby's development in vivid, non-clinical language; he avoided exciting guilt or anxiety in 'the ordinary devoted mother' without access to help or therapy. He broadcast anonymously but received sacks of letters. When his talks were published, they sold over 50,000 copies, and influenced Dr Spock.

Winnicott invented a new language in which to talk about babies and with the help of the BBC he created a new way to talk to parents about parenting. His broadcasts touched on many subjects: stepparents, saying no, feeling guilty, the development of a child's sense of right and wrong, why babies cry, weaning, the baby as a person, and what we mean by a normal child.

His brilliance was to build up mothers by breaking down the idea of motherhood. By unburdening women of inherited notions of perfection he helped them to become better mothers. He argued that failing was in fact a necessary part of parenting, and through the failure of the parent the child realises the limits of its own power and the reality of an imperfect world. And he questioned the assumption that professionals always new better and broke taboos about parenting.

With a proliferation of parenting manuals and TV shows today, Winnicott's message seems to have been lost. Many parents and in particular mothers still feel guilty about not living up to an ideal for their children. Anne Karpf is argues that today mothers need Winnicott more than they ever did.