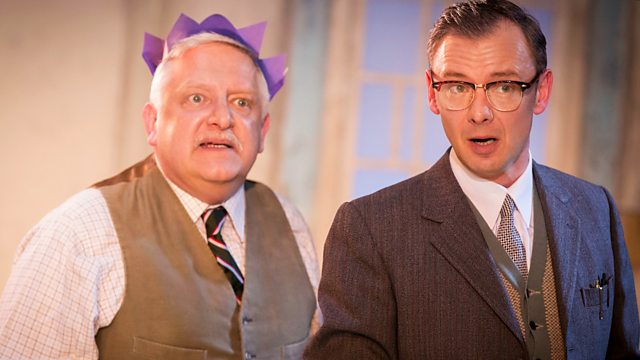 Anne McElvoy talks to Simon Russell Beale and John Simm about Harold Pinter's The Hothouse and explores the hold that Hitler and Stalin have on writers in Germany and Russia.

In Night Waves this evening Anne McElvoy applies herself to the crisis of modern banking, the plight of buildings in Moscow and a masterpiece of British theatre. She'll be talking to Simon Russell Beale and John Simm about the latter, Pinter's early tragicomdedy, The Hothouse, before sharing notes on bankers with the academic economist, Anat Admati and then enlisting the views of the conservationist, Clem Cecil about the Melnikov House -- one of the jewels in Russia's modernist crown. Somehow in between all of that she'll be joined by Karen Leeder and Catherine Merridale to discuss the power that Hitler and Stalin still exert over writers in Germany and Russia.

Find out more about Melnikov House in Moscow here.

The Hothouse starring Simon Russell Beale and John Simm is on at the Trafalgar Studios, London from Thursday 9 May until Saturday 3 August 2013.

The Bankers' New Clothes: What's Wrong with Banking and What to Do about It, written by Anat Admati and Martin Hellwig is published by Princeton University Press.

The Rest is Noise