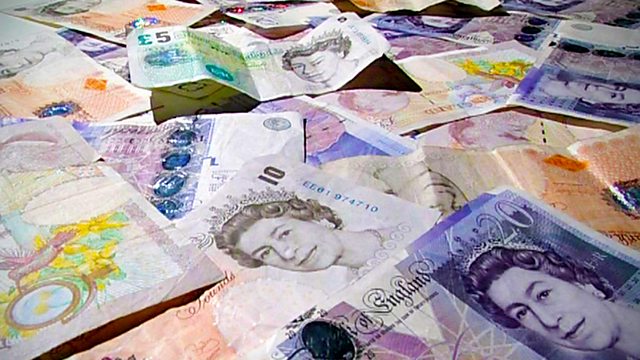 Saudi Arabia's first government backed advert to tackle domestic abuse is launched. It uses an image of a women with a bruised eye visible behind the slits in her veil, with the slogan 'Some things can't be covered'. The campaign to reverse the Bank of England's decision to replace Elizabeth Fry with Winston Churchill on English £5 notes. Edward Timpson, the Minister for Children & Families, on the government's plans to speed up the adoption process. Who are the young feminists today? Jenni talks to two active teenage bloggers, 15 year Lili and 16 year old Cat about why feminism matters to them. And we explore the pleasures and pains of a really good sulk.

In Saudi Arabia, a new government-backed campaign called 'No More Abuse' has issued its first anti-domestic abuse advert. It has an image of a woman with a blackened and bruised eye just visible behind the slits in her veil and its slogan reads, 'Some things can't be covered'. Jenni speaks to Samar Fatany, who has launched the Saudi chapter of the White Ribbon campaign against domestic violence.

Last week, the Bank of England announced that Elizabeth Fry is to be replaced by Winston Churchill on the £5 note. This will mean that, apart from the Queen, no English banknote will feature a woman. Caroline Criado Perez – co-founder of The Women’s Room – has launched an online petition to keep women on English banknotes and tells Jenni about her campaign. They are joined by Professor of Public History Helen Weinstein.

There were 4,600 children waiting for adoption in England alone in 2012. Today the Minister for Children & Families, Edward Timpson, discusses the government’s plans to speed up the process by making it easier for would-be parents to adopt. The proposals will form part of the new Children and Families Bill, but adoption charities say some of the suggestions might hinder rather than help the process.

Sue Elliott-Nicholls explores the pleasures and pains of a really good sulk.

Cat and Lily are teenage bloggers and members of the Twitter Youth Feminist Army. They join Jenni to talk about feminism, online activism and being role models for their younger sisters.