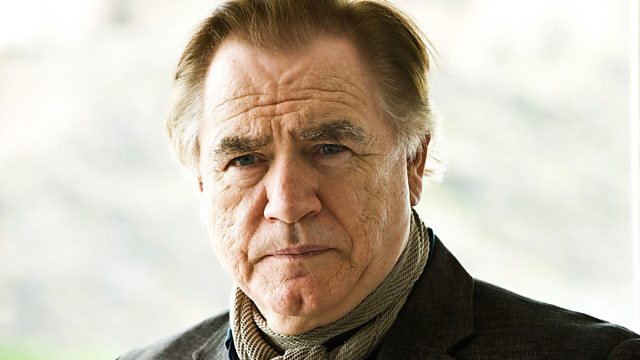 Actor Brian Cox has performed in the West End, on Broadway, at the National Theatre and the Royal Court. He is currently playing Jack in Conor McPherson's The Weir at the Donmar Warehouse. Brian joined Dundee Rep as a young man and since then has carved out a successful theatre and Hollywood career - his films include Manhunter, The Bourne Identity, The Bourne Supremacy and Coriolanus. The Weir is at the Donmar Warehouse.

Jason Lewis is an adventurer who became the first person to circumnavigate the earth using human power. His journey took over 13 years, starting in 1994 and finishing in 2007. Using only the power of his body he travelled 46,505 miles across five continents, two oceans and one sea. His book, The Expedition - Dark Waters, is the first in a trilogy about his experiences and is published by Billy Fish Books.

Adela Jusic is a Bosnian artist whose work is part of Conflicted Memory, a show featuring eight female artists who have experienced life in conflict zones. Born in Sarajevo, Adela's work is inspired by her father who was a sniper in the Bosnian army and was himself killed by a sniper's bullet. Conflicted Memory is at the Alan Cristea Gallery in London.

June Tabor is widely recognised as one of Britain's leading folk singers. Her style straddles folk and jazz and she often sings unaccompanied. At last year's Radio 2 Folk Awards she won Singer of the Year and, with the Oysterband, she also picked up best group and best album. Her latest band and album - both called Quercus - feature Iain Bellamy on saxophone and Huw Warren on piano. Quercus is released on ECM records and the band are performing at the Salisbury Festival.