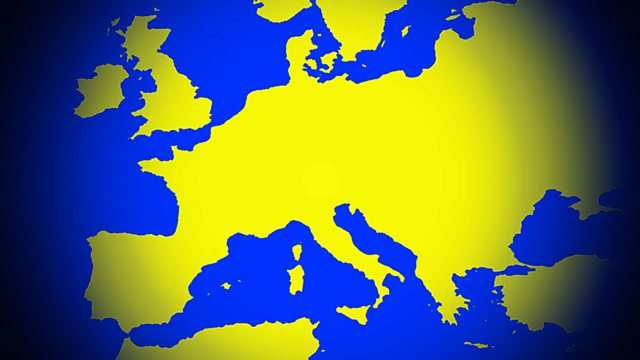 How to Run Europe
Episode 3 of 3

Anne is in Brussels and Paris to explore the empire of Napoleon Bonaparte.

In the last of three programmes, Anne McElvoy explores the challenges of governing the peoples of Europe across three of the continent's great empires ...and the parallels today. To conclude the series, Anne is in Brussels and Paris to explore the empire of Napoleon Bonaparte.

The Arc de Triomphe, symbol of Napoleon's power and victorious military exploits, stands proudly at the heart of Paris, the centre of the Corsican-born French Emperor's vast territory. At its peak, France's First Empire comprised 130 departements, from the Bouches de l'Elbe near Hamburg to the Bouches de l'Ebre in northern Spain and Rome in the south-east. Joining Anne at the Arc de Triomphe is Professor Michael Broers of Oxford University and together, at the Fondation Napoleon and at the Conseil d'Etat, still France's focus of executive legal power, they unpick the complexities of governing a huge and disparate empire.

Famed for his administrative and legal reforms, the Code Napoleon, the French emperor has bequeathed a legacy of standardisation that remains today the model not only in France but - in different guises - across the continent he once bestrode. But how did he achieve it, and were the challenges he faced in bringing 'harmonisation' to Europe in any way analogous to the frustrations of 'straight bananas' and the like that annoy so many today?

See all episodes from How to Run Europe