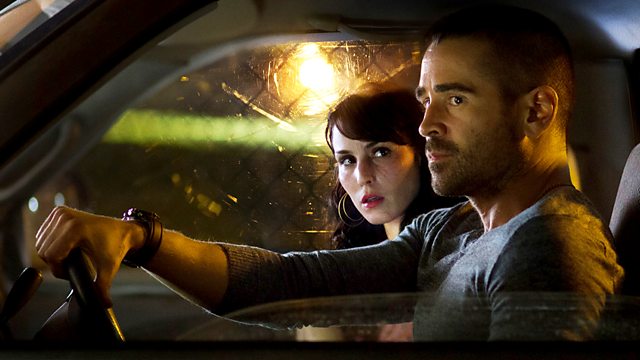 Nijinsky is known as one of the greatest dancers and most experimental choreographers of the 20th century, but his career was curtailed by mental illness. Lucy Moore has written the first English language biography of Nijinsky for more than 30 years, and she discusses the myths which surround him, his complex relationship with the impresario Diaghilev, and the possible reasons for his breakdown and inability to work again.

Dead Man Down is the first Hollywood film from Niels Arden Oplev, the Danish director of The Girl with the Dragon Tattoo. This dark thriller stars Colin Farrell as a hit man working for a New York crime boss and Noomi Rapace, who Arden Oplev worked with on The Girl with the Dragon Tattoo, as a damaged woman seeking his help in her own revenge plot. Mark Eccleston discusses the film and considers the choices European directors have made when making their Hollywood debut.

With less than a year to go until the first exhibition opens in the British Museum's new Exhibitions Gallery, John gets a behind-the-scenes glimpse of how the £135 million project is progressing. British Museum director Neil MacGregor explains how the new part of the building will aid conservators and museum scientists in their work, provide a new display areas - and not add a single penny to the museum's current heating or lighting bills.

Nijinsky: A Life, by Lucy Moore, is published on 2nd May by Profile Books.

Dead Man Down, directed by Niels Arden Oplev, is released in UK cinemas on 3rd May, certificate 15.

Projected external view of the British Museum's World Conservation and Exhibitions Centre, which is due to open in early March 2014 with an exhibition devoted to the Vikings.