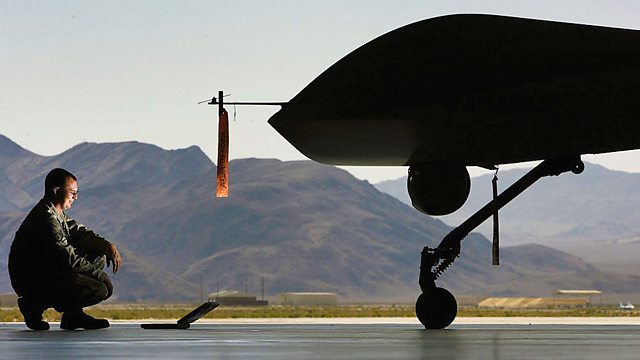 With the advent of new forms of warfare from drones to cyber-attacks, Anne McElvoy and guests examine the future of warfare and how the traditional rules of war are changing.

Anne McElvoy hosts a special edition looking at the state of warfare in the modern world.

The 20th Century saw several different ways in which a war could be fought, from evenly matched armies confronting each other on a battle field, to the aerial mass bombing of cities in order to terrorise citizens and stop industry, to the threat of mutually assured destruction in a nuclear war.

Today, Western nations find themselves in a very different kind of conflict, pitted not against enemy nations, but against disparate networks of 'terrorists' based in remote areas of apparently friendly countries. The technology of war has changed too: unmanned aerial vehicles, also known as drones, allow their owners to fight without putting themselves in danger. And our increasing reliance on the internet raises the spectre cyber warfare.

Do these developments mean we've entered a new era for warfare? What do they mean for the ethics of conflict in the modern world?