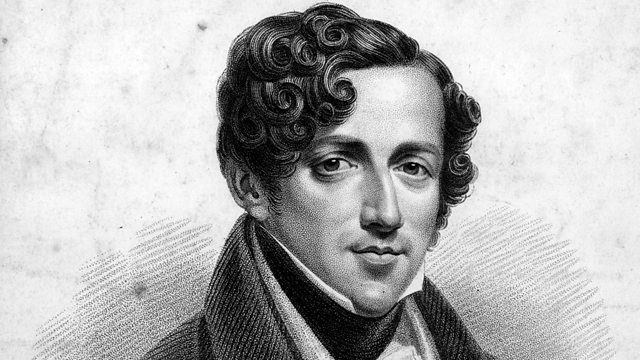 Devilry and Carnage - A Grand Night Out

The passage of time has not been kind to Giacomo Meyerbeer. The most successful opera composer of his day, whose transformation of the medium helped to set the stage for Wagner, Verdi, Mussorgsky and a host of others, his work is now seldom performed. All this week, Donald Macleod explores the life and rediscovers the work of this king of Grand Opera, in conversation with one of the composer's leading advocates, Robert Letellier.

Today's programme sees Meyerbeer in Paris, at the invitation of Rossini, who had recently been installed as director of the Théâtre Italien there. Meyerbeer's first two Parisian productions were of operas he had composed during his time in Italy, but before long he was being commissioned to write something brand new for the temple of French music drama - the Opéra. This was Robert le diable, Robert the devil, the tale of a childless woman to whom the devil grants her dearest wish - a son. Robert is a bad boy who eventually repents, but not before he's got up to some mischief, including a graveyard encounter with a pack of zombie nuns, whose ballet shocked and thrilled the Paris of 1831 - and, in due course, cities across the globe. Chopin pronounced the opera a masterpiece, Berlioz praised its orchestration, and Liszt was so taken with it that he composed a fantasy on its themes: Réminiscences de Robert le diable. Meyerbeer's next opera opened to an expectant house on the 29th of February 1836. To say that audiences were not disappointed with Les Huguenots, a tale of political and religious conflict that must have struck a clanging chord in that age of revolutions, would be putting it mildly; it went on to become probably the most successful opera of the 19th century, and its influence can be felt in works as disparate as Die Meistersinger, Don Carlo and Khovanshchina.