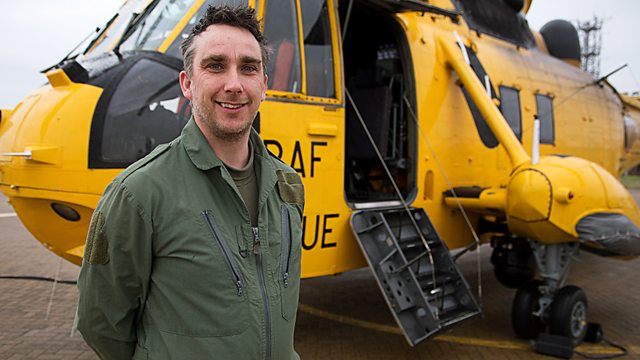 Thrilling rescue footage and real-life drama as the crews of Helicopter Rescue answer cries for help in the iconic yellow Sea King helicopters. The series follows the working lives of RAF Search and Rescue crews patrolling Wales. Amongst the crew featured are some faces, including Prince William - HRH the Duke of Cambridge, or Flight Lieutenant Wales as he is known in the RAF. The series captures real life rescues as they unfold - from mountainside to hospital bedside.

The third programme follows the drama behind the scenes at the RAF Aeronautical Rescue Co-ordination Centre in Scotland as they send the Valley crew to find a stricken casualty on a hillside near Bala. There's also a race to help a man injured on a coasteering stag do, and a search in fading light near Porthmadog for a missing kitesurfer.

See all episodes from Helicopter Rescue