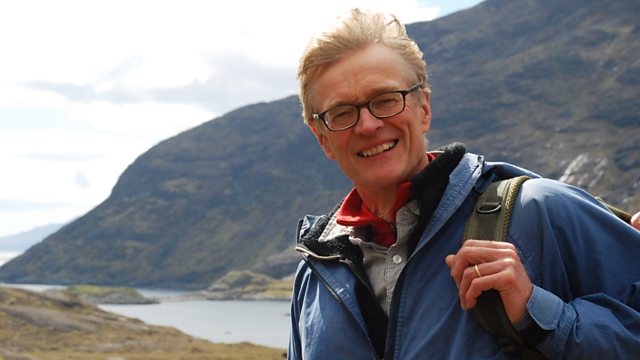 Joy of the Coast

To discover the pure pleasure of seaside leisure, the team seek out the ideal locations to enjoy their personal passions and experience the joy of the coast.

To discover the pure pleasure of seaside leisure, the team seek out the ideal locations to enjoy their personal passions and experience the joy of the coast.

Nick Crane heads to the Western Isles in Scotland to attempt a daunting, long-coveted, mountaineering challenge on the Isle of Skye. For years, Nick has dreamed of climbing the fearsome Cioch. This singular and impressive spear of rock, the scene for a spectacular sword fight in the film Highlander, was only conquered for the first time in 1906. The men who originally attempted the hazardous route to its summit were John Mackenzie, a Scottish mountain guide, and Norman Collie, an English professor of chemistry. Nick uses Victorian mountaineering gear as he attempts to follow in the footsteps of Mackenzie and Collie and climb the Cioch. Along the way he learns something of the triumph and tragedy of their lives, but Nick's reward at the climax of the hazardous ascent comes with the discovery of a new favourite view, an incredible seascape framed by Britain's most glorious coastal peaks.

Nick also reveals how, in the mid 19th century, Thomas Cook was inspired by the new steamships criss-crossing Scottish seas to create his package tours, a concept that Cook went on to promote worldwide.

To get some tips for completing a complex fisherman's jumper, Ruth Goodman heads to Polperro. Ruth learns how 150 years ago in this Cornish harbour, women and men's livelihoods depended on their skills at 'contract knitting' - making workwear to order. Polperro's woollens were sold all around British shores and beyond. Ruth discovers why seafarers placed so much faith in their fisherman's jumpers, and why they should never actually be called jumpers! She also meets the Graffiti Grannies, a mysterious bunch of public-spirited women who hide their identity. Knitting in secret they leave little woollen treats scattered around the Cornish coast for people to enjoy for free.

Ian McMillan seeks creative inspiration in the painter's paradise of St Ives. Ian explores the life and work of Alfred Wallis, a remarkable fisherman who never had an art lesson but became one of the most celebrated painters of the 1930s. Ian challenges the seafarers and children of St Ives to pick up paints for the first time. Alfred turned to painting aged 67 following the death of his wife, but Ian learns that his fame brought little joy to the tortured soul of lonely Wallis, who died penniless in the poorhouse.

Tessa Dunlop plunges into the glamorous history of British lidos. Tessa reveals why Coco Chanel became the high priestess of this new 'Bronze Age', how scientists struggled to produce sun-creams which actually worked and how, for those for whom an all-over tan is the deepest joy of the coast, an unexpected breakthrough would come from a battlefield on the other side of the world.

See all clips from Joy of the Coast (3)