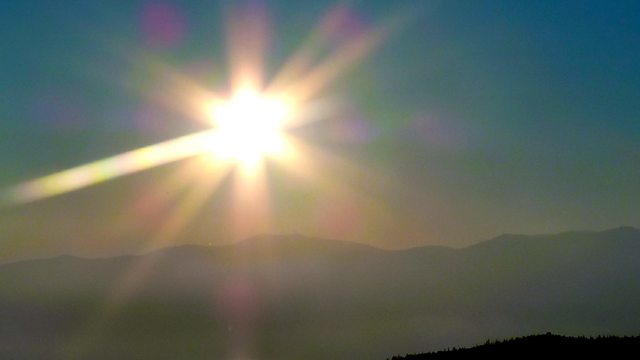 As we approach 'solar max', when the sun is at its most active and ferocious, astronomer Lucie Green investigates the hidden dangers our nearest star poses to us on Earth.

As we approach 'solar max', when the sun is at its most active and ferocious, astronomer Lucie Green investigates the hidden dangers our nearest star poses to us on Earth.

In March 1989, a solar superstorm brought down Quebec's power grid. Six million people were without light and heat, as outside temperatures sank to -15C. After the winter sunrise, subway trains sat still, traffic lights went off and petrol pumps stopped delivering fuel.

Two days earlier, a giant bubble of plasma had burst from the surface of Sun traveling at millions of miles per hour. It hit the Earth and disrupted our magnetic field, creating electric currents which knocked out power grids in Canada for nine hours and even damaged two transformers here in the UK.

Now, almost a quarter of a century later, our reliance on technology that's vulnerable to solar attack is even higher, from GPS to satellites. 'Severe space weather' is the newest threat to be added to the UK National Risk Register of Civil Emergencies. The potential impacts of solar superstorm could be far-ranging, causing national blackouts, shutting airspace and interrupting financial transactions.

Lucie Green looks at what UK industry is doing to minimise the risks from solar superstorms. She visits the newly opened Space Weather Forecasting area at the Met Office and talks to engineers at the National Grid to find out how they are preparing for 'the big one'.

But with so many national hazards to deal with, from flooding to pandemic flu, how much importance should we place on solar storms?