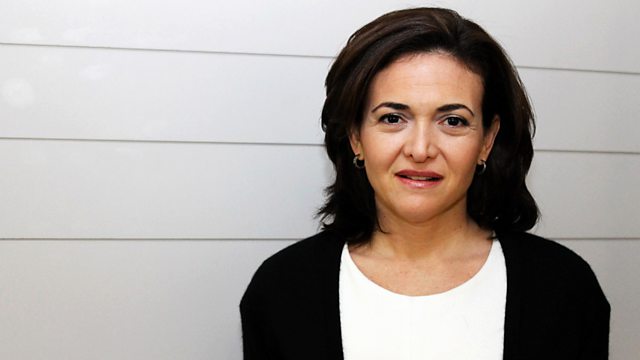 Facebook boss Sheryl Sandberg on why she's telling women to 'lean in' if they want to make it to the top, X Factor finalist Jahmene Douglas and his mother on how they survived the trauma of domestic violence, TV writer Paula Milne talks about political marriages ahead of her new BBC Two drama The Politician's Husband, health expert Dr Helen Bedford makes the case for the measles' vaccination, Anne Frank's step sister Eva Schloss describes life beyond the Holocaust, actor Suranne Jones and her role as one half of Scott and Bailey, Jamaica through the eyes of author Kerry Young. Presented by Jane Garvey.