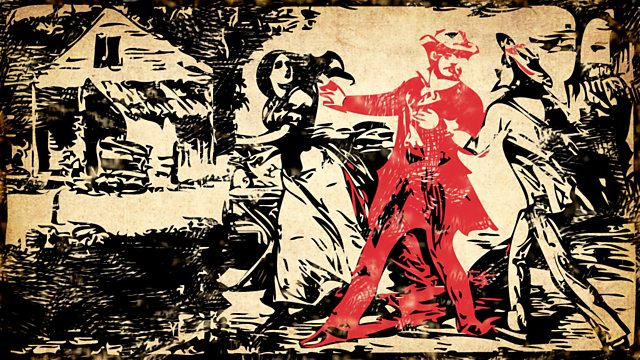 Drama on 3 Curated by Mark Ravenhill
Episode 2 of 3

Set on a Louisiana plantation in the 1850s, Dion Boucicault's classic melodrama exploring Abolition and the role of theatre in politics.

The Octoroon, Dion Boucicault's 1859 melodrama, sparked debates about the abolition of slavery and the role of theatre in politics. This production was recorded in front of an audience at Theatre Royal Stratford East, the venue that saw an earlier production of the same play in 1885.

The story centres around the inhabitants of the Louisiana plantation of Terrebonne. Zoe, the "octoroon" of the title, is the daughter of its owner Judge Peyton by one of his slaves, but she has been raised as part of the family. When the Judge dies, the plantation falls into financial ruin and the Judge's handsome nephew George arrives as heir apparent. George and Zoe soon find themselves in love, but their future happiness is thrown into jeopardy by the plantation's evil overseer Jacob McLosky who has dastardly designs on both the property and Zoe. McLosky will stop at nothing - not even murder.

Jungle of Cities—Curated by Mark Ravenhill

See all clips from The Octoroon (7)