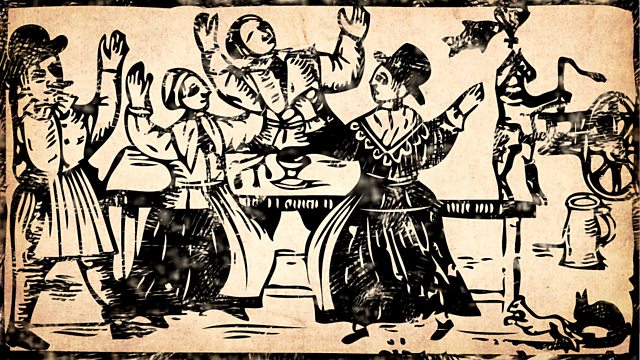 Drama on 3 Curated by Mark Ravenhill
Episode 1 of 3

Caryl Churchill's play, directed by Mark Ravenhill, focusing on the radical movements that erupted during the English Civil War in the 1640s.

First performed in 1976, Light Shining in Buckinghamshire focuses on the millennial movements that erupted during the English civil war in the 1640s. At the heart of the play is an edited dramatisation of The Putney Debates of 1647. The radical Levellers argue for liberty and universal suffrage while the military establishment stands for security and property as the basis for electoral eligibility.

This production of Light Shining in Buckinghamshire was directed by Mark Ravenhill, and was originally part of a season of dramas curated by Mark for Drama on 3.

Members of the cast each play several roles in the production.

The Octoroon—Curated by Mark Ravenhill

See all galleries from Light Shining in Buckinghamshire (2)