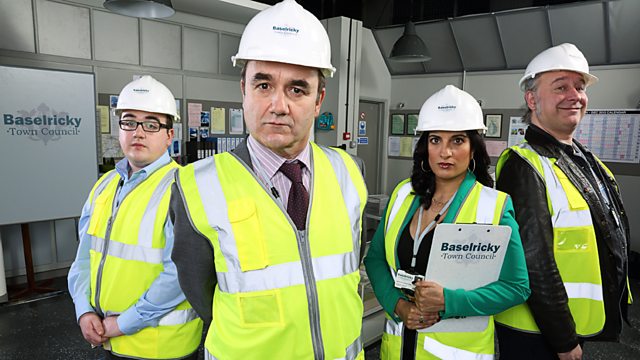 The Job Lot and The Wright Way; Deep Purple

A review of two new sitcoms The Job Lot and The Wright Way, an interview with Ian Gillan and Ian Paice from Deep Purple, and one-man show Doktor Glas. With John Wilson.

A job centre and a local government Health and Safety department are the settings for two new sitcoms. ITVs The Job Lot stars Russell Tovey (Him & Her) and Sarah Hadland (Miranda). Ben Elton has written the BBC's The Wright Way, which stars David Haig. Viv Groskop reviews.

Ian Gillan and Ian Paice, long-standing members of the band Deep Purple, discuss their forthcoming album Now What?! The heavy metal pioneers also talk about their Smoke on the Water 70s heyday, multiple lineups, and how the band has evolved over the decades.

Krister Henriksson, best-known in Britain as the star of the Swedish TV series Wallander, is making his debut on stage in the UK, in a one-man play, Doktor Glas. Adapted from a classic Swedish novel by Hjalmar Söderberg, it's the tale of a 19th century physician who falls madly in love with the wife of a corrupt clergyman. Will it attract the same enthusiastic audiences who adore Swedish dramas on British television? Author and Wallander fan Kate Saunders gives the critical verdict.

The designer Storm Thorgerson, best known for creating the cover of Pink Floyd's The Dark Side of the Moon, has died. Peter Saville, who designed many memorable record sleeves from the Factory Records era, discusses his influence and music journalist Laura Lee Davies discusses whether there have been any classic albums with disappointing sleeve artwork or music that didn't live up to the promise of its cover.

The first episode of The Job Lot will be broadcast on 29th April at 9.30pm on ITV.

The new album by Deep Purple, NOW What?! is released in the UK on April 29th