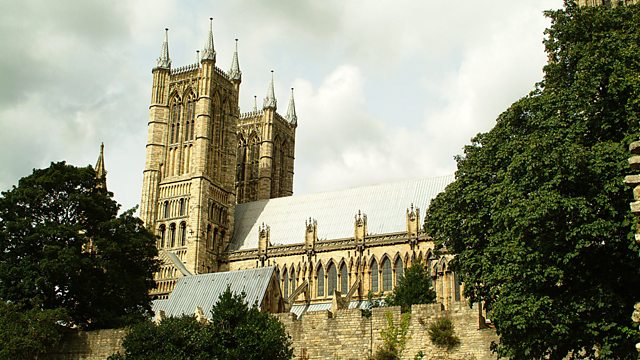 Colin Walsh, Organist Laureate of Lincoln Cathedral, puts the cathedral's mighty 'Father Willis' organ, completed in 1898, through its paces in a spectacular programme of the virtuoso French music which is his particular speciality. He includes works by several of the most significant composers in 20th-century French organ literature, as well as the 19th-century Cesar Franck - Belgian by birth, but the father-figure of the 20th-century French organ style.

c 8.15pm: Ian Skelly wanders around Lincoln Cathedral and talks to Canon Dr Nicholas Bennett about the triumphs and tribulations of William Byrd's time there as Organist and Master of the music.

Britten 100: The Turn of the Screw