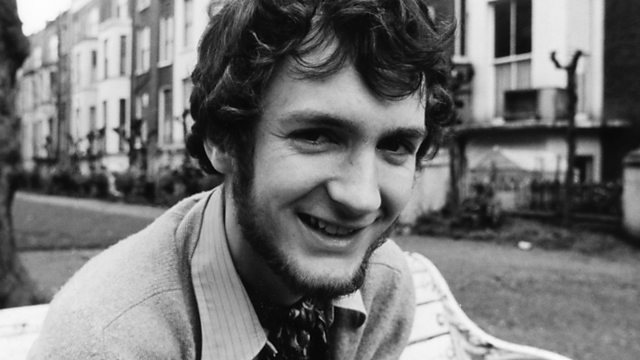 Chris Tarrant nominates Kenny Everett as the greatest pioneer of modern radio. With Matthew Parris and James Hogg. From 2013.

Chris Tarrant chooses one of the great pioneers of modern radio - a man born Maurice Cole in Liverpool in 1944, who became famous on television as Gizzard Puke, Cupid Stunt and Sid Snot.

Kenny Everett's life was almost as bizarre as the characters he played, but it is for his work as a deejay that Chris Tarrant selects him. Tarrant was at Capital Radio for twenty years.
Kenny Everett began his career in pirate radio, from where he was sacked. He also worked for the BBC, from where he was sacked. He made one appearance on Radio 4's Just a Minute, famously talking about marbles. Other employees included Radio Luxembourg and Capital.

Presenter Matthew Parris reminisces about the Young Conservatives invitation to Kenny Everett to join them on stage in 1983 - his slogans included 'Let's Bomb Russia' and 'Let's kick Michael Foot's stick away' - while biographer James Hogg fills in some of the details of Everett's complicated personal life.

The producer is Miles Warde