BBC Two
The Other Pompeii: Life and Death in Herculaneum
Main content 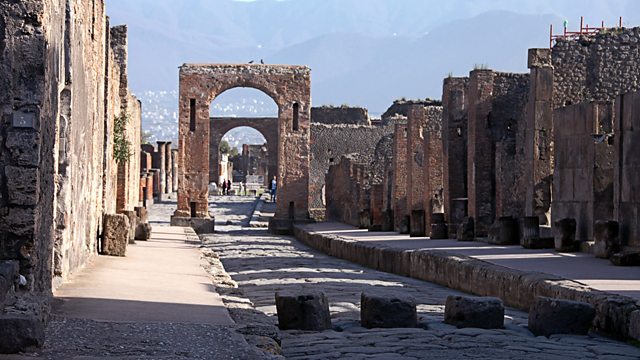 The Other Pompeii: Life and Death in Herculaneum

Documentary following the investigation that aims to reveal what life was like in the small Roman town of Herculaneum, moments before it was destroyed by a volcanic eruption.

Professor Andrew Wallace-Hadrill presents a documentary following the scientific investigation that shows what life was like in the small Roman town of Herculaneum, moments before it was destroyed by a volcanic eruption.

Just 10 miles from Pompeii, 12 vaults tell a new story about what life was like before the eruption of Mount Vesuvius. They contain the skeletons of 340 people, 10 per cent of the local population, killed by the volcano. Amongst them are the first new skeletons to be found in the area for 30 years which are now the subject of a ground-breaking scientific investigation. The finds included a toddler holding his dog, a two-year-old girl with silver earrings and a boy embracing his mother.

It is revealed that the local population went to their deaths not as in often portrayed in Pompeii's popular myth, but more like the passengers of the Titanic, where women and children were put first.

Professor Andrew Wallace-Hadrill takes us to meet the scientists leading the forensic project - Luca Bondioli and Luciano Fattore - and then on a tour of the town. He uncovers houses, wooden furniture (including their beds and the only surviving baby's cradle from the Roman world), and food and human waste, preserved by a layer of ash up to five times deeper than Pompeii, as well as perfectly preserved court transcripts scratched on wooden tablets telling of slaves challenging their status in the town's courts. New scientific analysis has enabled us to unearth not just what they ate, but how they ate it, it seems they had a penchant for eating fish whole including their heads, a tradition, that has survived in Herculaneum to this day.