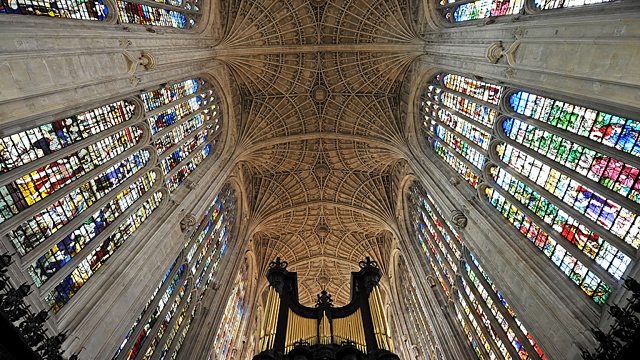 Music and readings for Easter from the chapel of King's College, Cambridge.

The world-famous choir, directed by Stephen Cleobury, sing choral music for Passiontide including Allegri's Miserere and Mozart's Ave Verum Corpus. The story of Jesus's death and resurrection is told in the well-loved words of the King James Bible and reflected on in poems by GK Chesterton and John Updike, all in the glorious setting of King's College Chapel.

See all episodes from Easter from King's