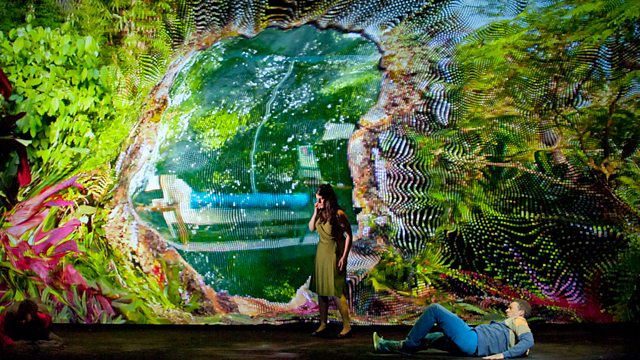 Director Oliver Stone's latest project is an ambitious ten-part TV documentary series called Oliver Stone's Untold History of the United States. He's teamed up with writer Peter Kuznick to look back at events that at the time went under-reported, but that shaped America over the 20th century. Oliver Stone and Peter Kuznick discuss the challenge of such a large undertaking and the inevitable controversy that it has attracted.

First Position is a film about the ballet world. It shows a group of 11-17 year olds as they prepare to enter the Youth America Grand Prix, where scholarships to ballet schools and dancing contracts can be won. Dance critic Judith Mackrell reviews the film.

Cloud Atlas writer David Mitchell and composer Michel van der Aa have collaborated on a new opera, The Sunken Garden, which opens tonight at the Barbican in London. Including 3-D film, and singers on stage as well as film, the story is about a 'soul stealer'. They talk to Mark Lawson about the project and how they worked together.

Sunken Garden is on at the Barbican in London until 20th April.

First Position has been released in UK cinemas, certificate 15.

The Untold History of The United States