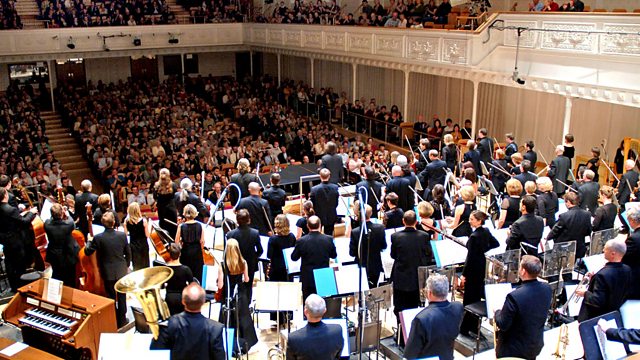 Live from City Halls, Glasgow, the BBC SSO's concert under Donald Runnicles concludes with a performance of Act 3 of Wagner's Tristan und Isolde, sung in German.

Chief Conductor Donald Runnicles, the BBC Scottish Symphony Orchestra and a superb international cast complete their 3 concert journey diving deep into the glowing heart of Wagner's epic love story. The third and final Act starts where Act 2 left off - Tristan dying, betrayed and alone sees visions that Isolde's love might redeem him. And so it will: but in a way more terrible and more beautiful than either of them had imagined. Act 3 is evocatively paired in the first half of the concert with Richard Strauss's world-changing vision, his war requiem for Strings, Metamorphosen. This concert plays some of the most life changing music ever written as we travel through darkness to light, and gain release from the passions that torment the fated lovers.