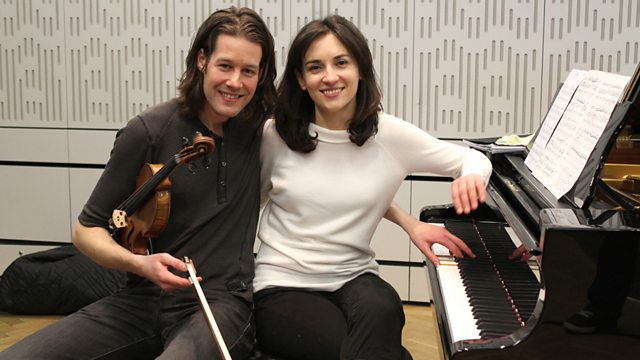 Also today, live music from acclaimed violinst Thomas Gould, described as"staggeringly virtuosic" by The Guardian,ahead of a gig at London's legendary 100 Club as part of a monthly night which presents classical music in an "intimate rock n roll setting".

Violinist Thomas Gould and pianist Ivana Gavric in the IT studio