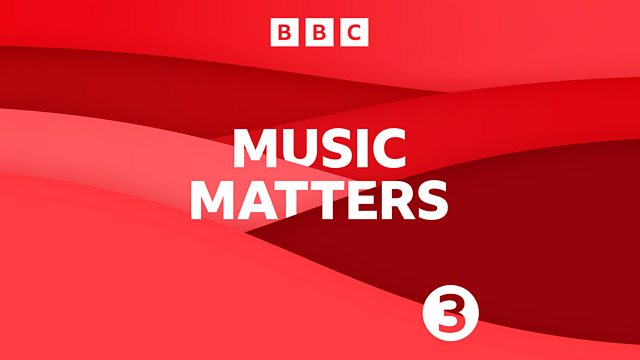 Tom Service talks to Norwegian pianist Leif Ove Andsnes about his multi-season project to play all Beethoven's Piano Concertos with The Mahler Chamber Orchestra - and how the journey had an unlikely beginning, when Leif heard Beethoven's music piped into a lift in Brazil.

A new film 'A Late Quartet' by Israeli director Yaron Zilberman explores the personal drama behind a fictional string quartet. The film stars Christopher Walken and Philip Seymour Hoffman - but how accurate a portrait is it of life in a quartet? Tom is joined by some real life players who give their verdict.

Performance anxiety is widespread across the spectrum of the music-making world, and in some cases can be career-ending. Tom meets Charlotte Tomlinson, the author of a new book on approaches to performance anxiety, and visits the Royal College of Music in London to see how technology has been used to tackle the problem.

Plus - controversial choreographer Michael Keegan-Dolan tells Tom about his new production of Stravinsky's Petrushka, which is set to appear in a double bill alongside The Rite of Spring - which is 100 years old this year.

Norwegian pianist Leif Ove Andsnes is in the midst of his ‘Beethoven Journey’ a multi-season project to perform and record all Beethoven's Piano Concertos with The Mahler Chamber Orchestra. A renowned chamber musician, he has long term collaborations with violinist Christian Tetzlaff and tenor Ian Bostridge, and currently lives in Copenhagen and Bergen.

Leif Ove talks to Tom Service about the unlikely beginning of his Beethoven journey – hearing the composers music piped into a lift in Brazil – and how in these performances directing from the piano enhances the sense of dialogue between soloist and orchestra.

The concert on Tuesday 9th April will be broadcast live on BBC Radio 3 at 7.30pm

Many musicians at all stage of their careers battle with issues of confidence, self-belief, and nerves. At the Royal College of Music’s Centre for Performance Science Professor Aaron Williamon is overseeing research into many psychological aspects of musical performance, and their new performance simulator is one way in which students can practise overcoming nerves.

Music From The Inside Out by Charlotte Tomlinson is out now

Find out more about the RCM Performance Simulator

Dublin born choreographer Michael Keegan-Dolan is Artistic Director and co-founder of the unique Fabuous Beast Dance Theatre, acclaimed as ‘one of the most daring and highly original dance theatre companies in the world’. His 2009 Olivier-nominated version of The Rite of Spring returns to London this week alongside a new interpretation of Stravinsky’s other great ballet Petrushka.

Michael talks to Tom about misogyny in the Rite of Spring, why Petrushka isn’t just about puppets, and the extent to which Stravinsky was a show off!

This weekend A Late Quartet, a film written and directed by Israeli-American Yaron Zilberman, opens in the UK. Starring Christopher Walken, Philip Seymour Hoffman, Catherine Keener and Mark Ivanir it tells the story of the fictional Fugue Quartet who are thrown into crisis after 25 years performing together when their cellist and father figure Peter (played by Walken) announces his catastrophic diagnosis of Parkinson’s disease. As the quartet faces its future without him tensions rise and the player’s personal relationships are severely tested.

Tom is joined by Eugene Drucker, violinist in the Emerson Quartet whose own cellist leaves this year after three decades together, and Laura Samuel co-founder of the Belcea Quartet, to review the film and discuss the unique nature of life in a string quartet.

A Late Quartet opens in the UK this weekend