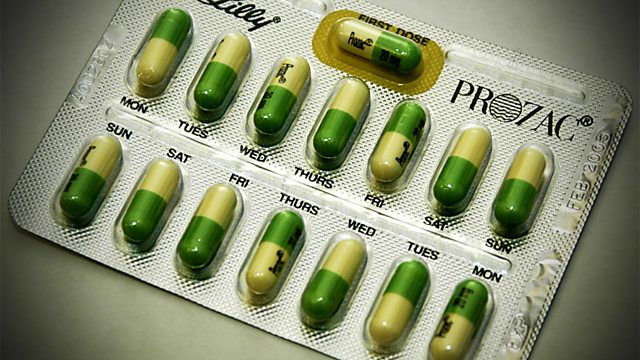 It is 25 years since the launch of Prozac. Will Self examines the drug's legacy and asks if it has made us happier and healthier - or not?

Prozac is 25 years old. It has been taken by over 40 million people around the world and made billions of dollars for Eli Lilly, the company that created it. But does it work? And what effect has the promise of a "happiness pill" had on society?

Will Self examines the legacy of the so-called 'wonder drug'. As he sets off on a personal exploration of the conflicting and sensational stories that surround Prozac, he talks to those who make the drug, those who take it and those who prescribe it.

Anti-depressant use in the UK is rising sharply but, as Will discovers when he talks to Eli Lilly's Dr Robert Baker, we still don't really know exactly how Prozac works. Dr David Wong, one of the fathers of the drug, reveals to Will that he believes too many people are taking it. Psychotherapist Susie Orbach diagnoses a generation of "Prozac children" raised on the promise of on-demand happiness.
Dr David Healy, one of Prozac's most outspoken critics, tells Will why he thinks that the drug and its siblings are responsible for hundreds of unnecessary deaths in this country each year and Linda Hurcombe explains to Will why she believes Prozac is linked to the death of her teenage daughter, Caitlin.

But Will also meets Dorothy Neilson who explains how the drug saved her from a horrifying pit of depression. Leading psychiatrist Professor David Nutt tells Will that Prozac has been a revolution in patient safety and deserves to be celebrated. And Will's own GP, Dr Dominic Stevens, argues that Prozac can save jobs, save marriages and save lives.