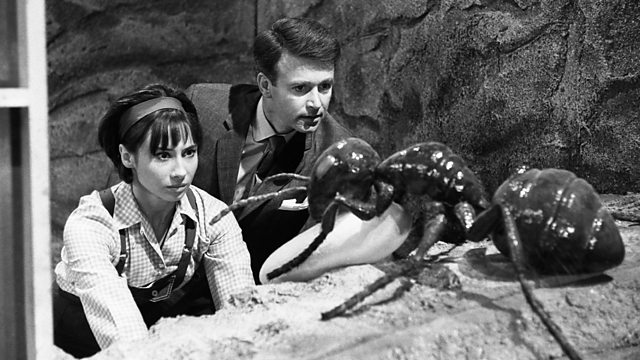 Sue MacGregor gathers together five people who created and starred in the first series of Doctor Who back in 1963, launching a cultural phenomenon that still thrives today.

Sue MacGregor reunites five people who created and starred in the first series of a television landmark, Doctor Who. Fifty years later, those who crammed nervously into the BBC's Lime Grove Studios in 1963 recount the triumphs and disasters that ushered in the longest running science-fiction series in the world.

When Canadian TV executive Sydney Newman was drafted in to revitalise the BBC Drama department in the early 1960's, his idea for an ageing time-traveller who would illuminate both human history and Alien civilisations struggled to be successfully realised.

After a number of other directors refused to work on the project, a 24 year-old Waris Hussein took the job. The only Indian-born director within the BBC at that time, he felt the stern gaze of the 'old order' upon his work.

The first episode was recorded on the day President Kennedy was assassinated and transmitted the next day, despite concerns that the show might be postponed.

Doctor Who was played by the British actor William Hartnell. His sharp, sometimes grumpy demeanour came out of his increasing difficulty in learning the scripts, but the audience immediately took him to their hearts and the series had nearly six million viewers by Christmas.

Joining Sue MacGregor is Waris Hussein, the director of the episode, Carole Ann Ford who played the Doctor's granddaughter and companion Susan, William Russell who played the Doctor's right hand man Ian Chesterton, actor Jeremy Young who was the first Doctor Who enemy Caveman Kal, and television presenter Peter Purves who travelled with William Hartnell in the mid 60's as companion Steven Taylor.

See all clips from Doctor Who (2)