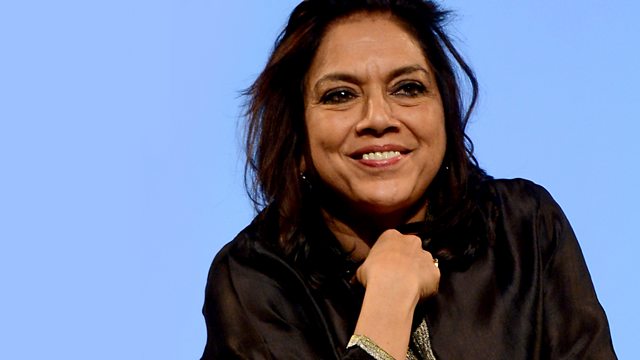 Film director Mira Nair talks to Joan Bakewell about the beliefs that underpin her work.

Joan's guest this evening is the Indian film director and producer, Mira Nair. Her debut feature film, Salaam Bombay (1988), won the Golden Camera award at the Cannes Film Festival. Other work includes Monsoon wedding, which won the Golden Lion award at the Venice Film Festival, and Vanity Fair. She famously turned down the opportunity to direct one of the Harry Potter films, saying she preferred dealing in human emotions to special effects.
Her latest film "The Reluctant Fundamentalist," based on the novel by Mohsin Hamid , will be released in May. Mira Nair says, "Over the last few years, we have seen many films about the Iraq and Afghanistan wars, but always told from the American point of view. In our story, the encounter between the characters of Changez and Bobby mirrors the mutual suspicion with which America and Pakistan (or the Muslim world) look at one another.".