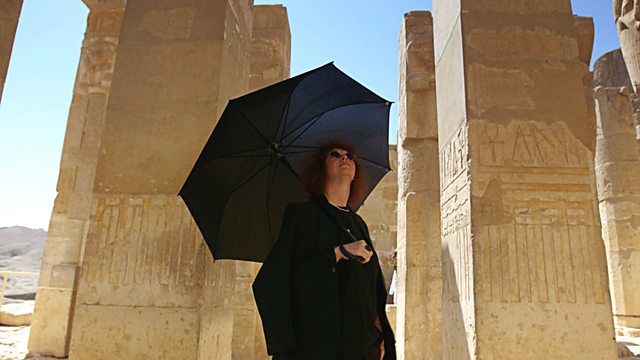 Ancient Egypt - Life and Death in the Valley of the Kings

A compilation of short films made specially for schools based on the BBC Two history series. Dr Joann Fletcher finds out what living in ancient Egypt was like for ordinary people.

A compilation of short films made specially for schools based on the BBC Two history series presented by Dr Joann Fletcher. Egypt captivates us like few other ancient civilisations - but what was it like to actually live there as an ordinary person, 3,500 years ago?

Egyptologist Dr Joann Fletcher goes on a fascinating journey in search of people like us - not the great pharaohs, but the ordinary people who built and populated this incredible ancient civilisation - creating a remarkable way of life and an extraordinary way of death.

At the heart of this series are Kha and Meryt, an architect and his wife who lived just outside the Valley of the Kings. They left behind a treasure trove of information, their extraordinary tomb, full of objects from their lives and deaths - from make-up to death masks, loaves of bread to lifelike figurines, even the tools Kha used at work in the royal tombs. Joann Fletcher uses this to travel into the remarkable world of these ancient Egyptians, both in life and the afterlife.

See all clips from Learning Zone (5)