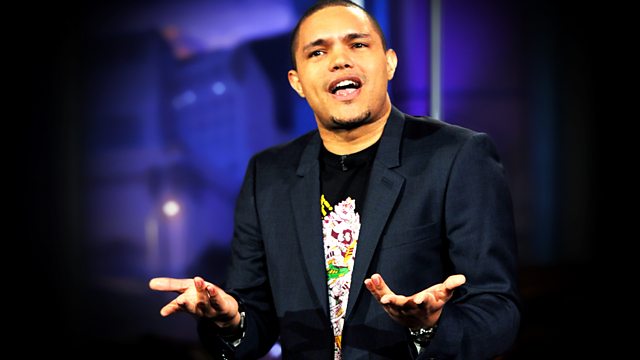 Coming of age in a mixed family in post-apartheid South Africa, comedian Trevor Noah shares his story with this exploration of race and place. From March 2013.

Coming of age in post-apartheid South Africa, Trevor Noah shares his story with this exploration of race and place.

Following on from a ground breaking total sell-out season at the Edinburgh Festival Fringe, South African comedian Trevor Noah brings his critically acclaimed show, The Racist, to the BBC Radio Theatre for a one off recording for BBC Radio 4.

Trevor's explosion onto the South African entertainment scene has been nothing short of meteoric. His sharp wit, intelligent commentary, unmistakable charm and clinical delivery have established him as an extremely popular performer with undoubted world class potential.

Written and Performed by Trevor Noah
Produced by Katie Tyrrell.