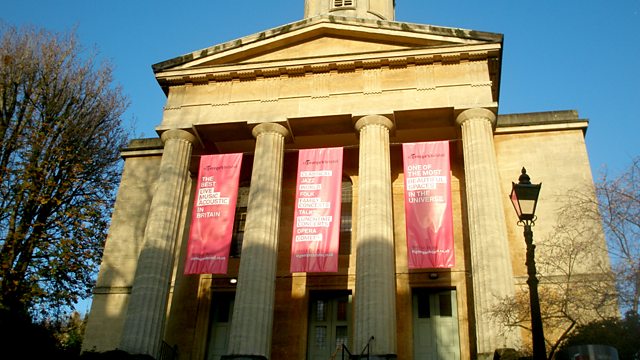 Concert dramatising the rivalry between two divas of Handel's London operas of the 1720s. With excerpts from Ottone, Rodelinda, Giulio Cesare in Egitto and Alessandro.

As part of Baroque Spring on Radio 3 and the Bristol Baroque Festival, the Early Opera Company present: Handel and the Rival Queens.

Two feisty modern-day sopranos, aided by one of the rising-star conductors in the Baroque opera world, take on the roles of the great rival divas of Handel's London operas of the 1720s, Francesca Cuzzoni and Faustina Bordoni. So notorious was their competition that a play was written about them, and even Handel's best attempts to provide them with precisely equal parts could not prevent their animosity boiling over into a fight on stage! The concert includes overtures, arias and duets from Handel's Ottone, Flavio, Alessandro, Admeto, Riccardo Primo and Siroe, Hasse's Cleofide, Porpora's Polifemo and Gay's The Beggar's Opera, as well as readings from contemporary letters, newspapers and other literary sources.