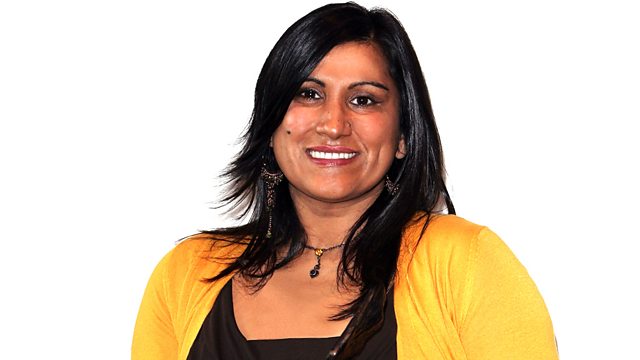 Kirsty Young's castaway this week is the writer and campaigner Jasvinder Sanghera.

She has counselled government and travelled widely advising on how to put a stop to forced marriage and so called honour violence.

At 14, Jasvinder was shown a picture of the stranger thousands of miles away she was to marry and in the face of intimidation she fled her family, chose her own husbands and gained a first class degree. Her books have shone a piercing light on the veiled world of shame, brutality and coercion that some young women endure whilst Karma Nirvana, the pioneering charity she set up and runs, offers refuge and practical help.

She says, "my life has had to take paths where responsibility was the key thing. Now I'm at a point in my life where I'm more content than I've ever been. I've reconciled the disownment."