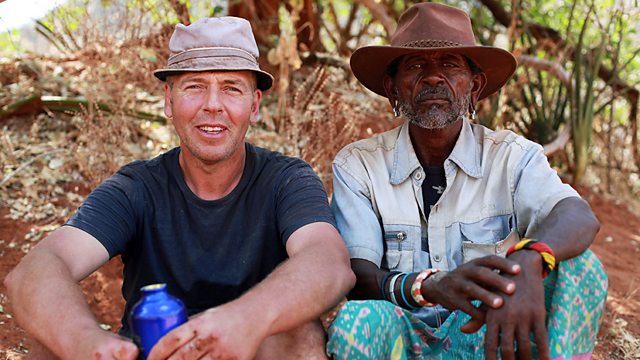 Dairy farmer Richard Gibson swaps the damp surroundings of Devon to live and work with Samburu tribesmen in the parched and desolate mountains of northern Kenya.

Dairy farmer Richard Gibson is swapping the damp surroundings of Devon to live and work with Samburu tribesmen, who herd their cattle in the parched and desolate mountains of northern Kenya.

British farmers have suffered from low milk prices and squeezed margins but it is nothing compared to the struggles of Richard's host, village elder Lemerigichen. In recent years drought has decimated the herds in this region, forcing many Samburu off their land and into the poverty of local towns. Richard launches himself into an alien lifestyle - sleeping rough in the wilderness, drinking cow's blood and digging and digging to find water. The two men form a touching bond through the love of their animals and the basic drive to support their families, whilst Richard gains an insight into what it is like to tend a herd when surrounded by lions, leopards and hyenas.

See all clips from Farmer (2) 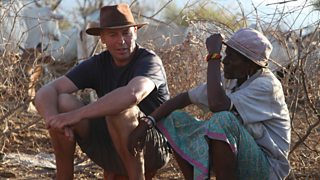