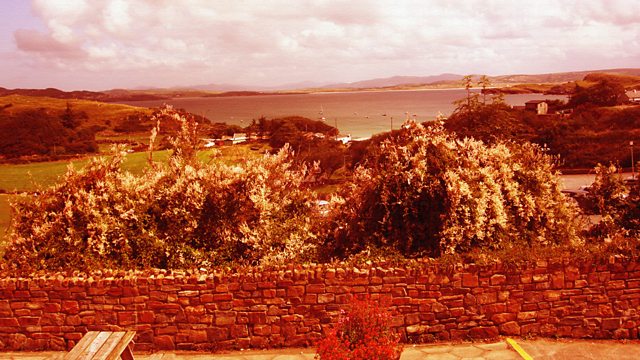 Drama by Clare Dwyer Hogg. A man hides in Donegal, waiting for the death he knows is inevitable. All he has for company are ghostly regrets - until his wife arrives.

A radio adaptation of the stage play 'Farewell' which premiered in Derry in December 2012. The play marked the reforming of Field Day Theatre Company and was directed by Stephen Rea.
John is left vanquished by his guilt of the past and is now ready to face up to the short time he has left. He wants his wife Ann to know the truth, he wants her forgiveness. Something Ann, as much as she loves him after thirty seven years of marriage, cannot do. This is a different man to the man she knew, he has killed a part of her now. She must go back to her life, to their children. She accepts that she will go, leaving John to face the unavoidable; it is only a matter of time before they find him and at last he will find the release he so yearns for.

Clare Dwyer Hogg grew up in Northern Ireland. She studied at Cambridge and lives in London. Her first play, FAREWELL, premiered in December 2012 with Stephen Rea's Field Day Theatre Company, and her second play, THIRSTY DUST, will be part of Derry's UK City of Culture celebrations in May 2013. Clare is an award-winning journalist. In 2008 she received the Premio Luchetta award for Human Rights journalism.