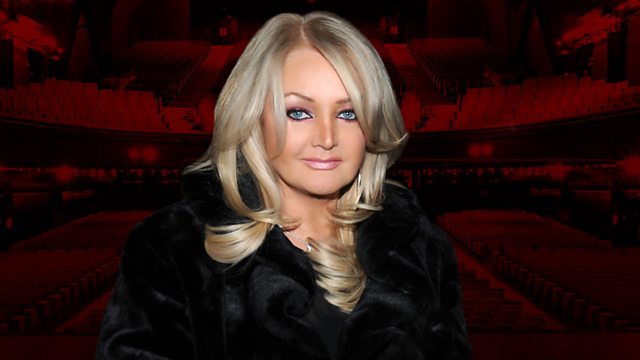 Clive Anderson is joined by Bonnie Tyler, Alice Lowe and Anthony Horowitz for an eclectic mix of conversation and comedy, with music from Soweto Kinch and Cody ChesnuTT.

Holding out for a hero? Your wait is over! The Loose Ends studio is bursting with rescuers this week. For starters Clive is joined by Bonnie Tyler, the UK's First Lady of Rock and team GB's great hope in this year's Eurovision Song Contest. Bonnie's new album Rocks and Honey is released on May 6th.

Anthony Horowitz is a bit of a superman too. With a vast string of titles for both children and adults to his name, his Alex Rider novels and TV shows such as Foyle's War and Midsomer Murders guarantee him a fan-base from 9 to 99 year olds - so that should include Mr Anderson. A brand new series of Foyle's War begins on Sunday 24th March at 8pm on ITV1.

Film-maker Michael Cockerell has tackled many of the big beasts of British politics over the years and now talks to Clive about his new documentary Boris Johnson: the Irresistible Rise which will be on BBC2 on Monday 25th March at 9pm.

Emma Freud will need saving from cutting-edge comedy writer and performer Alice Lowe who plays a killer caravan-er in dark comedy Sightseers. When she's not on a killing spree Alice can be seen carving it up in Hot Fuzz, The Mighty Boosh, Peep Show and The IT Crowd. 'Sightseers' is available on DVD from Monday 25th March.

"Boris Johnson: the Irresistible Rise" will be broadcast on BBC Two on Monday 25th March at 9pm.

‘Sightseers’ is available on DVD from Monday 25th March.

Bonnie will perform ‘Believe In Me’ at The Eurovision Song Contest on Saturday 18th May. It’s broadcast on BBC One and BBC Radio 2 that evening.

‘Rocks and Honey’ is available on Monday 6th May on Celtic Swan Recordings.

‘Landing on a Hundred’ is out now on Little Indian.

‘The Legend of Mike Smith’, out now through Soweto Kinch Recordings.