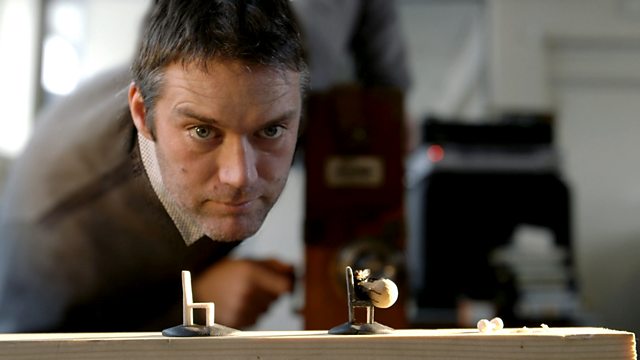 Charlie Hamilton-James tries to recreate amateur naturalist Percy Smith's 1908 film The Acrobatic Fly, in which a bluebottle juggles a series of objects, and tells Smith's story.

Along the way, Hamilton-James (helped by Sir David Attenborough, who saw Smith's films as a boy) tells the story of Percy's remarkable career and reveals the genius behind this forgotten pioneer of British film.

See all clips from Edwardian Insects on Film (3)

Edwardian Insects on Film is part of a special season of BBC Four programmes supersizing the insect world. Discover the other programmes in the season below…