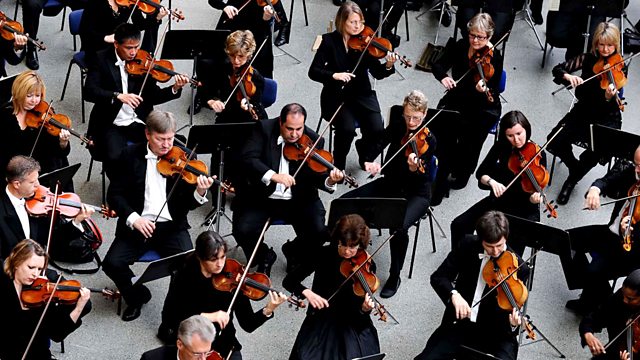 Live from the Barbican in London, the BBC Symphony Orchestra's concert under Alexander Vedernikov concludes with a performance of Shostakovich's Symphony No 8.

Live from the Barbican Centre, London
Presented by Martin Handley

The BBC Symphony Orchestra and conductor Alexander Vedernikov in music by John Adams and Shostakovich, with Steven Osborne as the soloist in Tippett's Piano Concerto

The BBC Symphony Orchestra and conductor Alexander Vedernikov perform music by John Adams and Shostakovich, with Steven Osborne as the soloist in Tippett's Piano Concerto.
Steven Osborne has won awards for his masterly recordings of Tippett's piano music, noted for the intoxicating freshness, detail and illumination he brings to each work. The Piano Concerto of 1955 was written in the wake of Tippett's opera The Midsummer Marriage, and shares its sense of melodious ecstasy, with a dazzling virtuosic finale. The streak of menace in John Adams's charming foxtrot from his opera Nixon in China darkens into fear in Shostakovich's bitter, intense 8th Symphony, written in the depths of wartime Russia. Alexander Vedernikov, formerly of the Bolshoi Theatre, conducts.

Adams, Tippett—Live from the Barbican