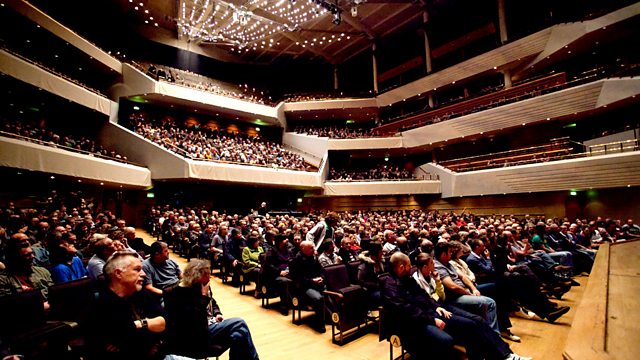 Radio 3 Live in Concert Live from the Bridgewater Hall, Manchester
Episode 2 of 2

Live from the Bridgewater Hall, the conclusion of a concert featuring the Halle Orchestra under Mark Elder. They are joined by soprano Ailish Tynan for Mahler's Symphony No 4.

Live from the Bridgewater Hall, Manchester

The Hallé conducted by Mark Elder play Haydn's "London" Symphony and Mahler's Symphony No 4, with Ailish Tynan as soprano soloist.

Mahler believed the symphony 'must be like the world - it must embrace everything' and here he puts his words into glorious practice. The first movement gestures back to Viennese classicism, the second portrays the dark fiddler of German folklore and the third is a sublime Beethovenian slow movement. Finally comes the wide-eyed innocence of the fourth movement, a child's vision of the heavenly life with sweets in abundance and bread baked by angels. The concert opens with Haydn's 'London' Symphony, No 104 - entertaining, surprising and ever-eloquent.

Haydn—Live from the Bridgewater Hall, Manchester